The 95 thesis from Marx to Luther

“From Marx to Luther” is a calculated anachronism. Reading the 95 thesis as a post-note to The Capital is made arguable by three presuppositions of Luther’s theses. They are: Nominalist ontology, repentance vs. penance, and grace vs. money. Essentially, they correspond to the three tenets of Marx’s economic philosophy: his anti-metaphysical ontology, the dialectics of labour and capital, and the dialectics of humanity and money.

Marx saw in Luther a pre-modern revolutionary. We may find in Marx the underlying argument for a new Reformation.

Luther was a Nominalist. The Nominalist school considered that the properties and predicates of individuals do not truly exists. Only individuals or particulars possess ontological status. What Plato called ‘ideas’, and Aristotle called ‘substance’, represent only nomen (‘name’) shared by individual entities.

The consequences were disastrous for Scholastic theology, which saw its ontology relegated to a mere word game. William Occam, of whom Luther was a disciple, considered that the ways of salvation are not revealed to the human intellect. Accordingly, canonic laws and theological abstractions were only conjectures. Luther was looking for a new certitude based on God’s revelation within the individual. He took the Greek word metanoia (‘repentance’) for what it literally means – ‘beyond mind’. Accordingly, Luther held that repentance goes beyond the mere anthropological into an ontological event, by which human and divine will fuse together.

For his part, Marx rejected the idealist notion that universals are categories of pure reason. They rather represent the “production of ideas, of conceptions, of consciousness,” all that “men say, imagine, conceive,” and include such things as “politics, laws, morality, religion, metaphysics, etc.” (Karl Marx and Frederick Engels. “The German Ideology”. Karl Marx, “Introduction to a Critique of Political Economy”). Production is to Marx the process by which man, unlike all other species, creates and recreates his own world.

“If man’s feelings, passions, etc., are not merely anthropological phenomena in the (narrower) sense, but truly ontological affirmations of being (of nature), and if they are only really affirmed because their object exists for them as a sensual object…” (Economic-Philosophical Manuscripts of 1844). Alienated labour is production in which the above mentioned ontological affirmation of human nature is no longer present. The object of waged labour is something abstract, alien to the worker, rather than the sensual object of his feelings and passions.

Although they speak in different terms, Luther and Marx agree as regards the ontological status of the individual and the secondary character of ideas and abstract systems. This common ground is the starting point of our Marxist interpretation of the concept of penitence vs penance as expressed in Theses 1, 2, 30, 33, and 34.

1. Our Lord and Master Jesus Christ, when He said Poenitentiam agite, willed that the whole life of believers should be repentance.

2. The word (repentance) cannot be properly understood as referring to the sacrament of penance, i.e. confession and satisfaction, as administered by the clergy…

30. No one is sure of the reality of his own contrition, much less of receiving plenary forgiveness…

33. We should be most carefully on our guard against those who say that the papal indulgences are an inestimable divine gift, and that a man is reconciled to God by them.

34. For the grace conveyed by these indulgences relates simply to the penalties of the sacramental “satisfactions” decreed merely by man.

Let’s move to Luther’s next point: the contradiction between the monetary satisfaction of penance and grace.

56. The treasures of the church, out of which the pope dispenses indulgences, are not sufficiently spoken of or known among the people of Christ…

62. The true treasure of the church is the Holy gospel of the glory and the grace of God.

63. It is right to regard this treasure as most odious, for it makes the first to be the last.

64. On the other hand, the treasure of indulgences is most acceptable, for it makes the last to be the first.

What Luther takes aim at is not so much the greed and the corruption of the Church, as the quantification of “the true treasures of the Church” that have been commodified and downgraded to market value. Luther notices that the indulgences market “makes the last to be the first”. We return to Marx.

The distorting and confounding of all human and natural qualities, the fraternisation of impossibilities – the divine power of money – lies in its character as men’s estranged, alienating and self-disposing species-nature. Money is the alienated ability of mankind.

If I long for a particular dish or want to take the mail-coach because I am not strong enough to go by foot, money fetches me the dish and the mail-coach: that is, it converts my wishes from something in the realm of imagination, translates them from their meditated, imagined or desired existence into their sensuous, actual existence – from imagination to life, from imagined being into real being. In effecting this mediation, [money] is the truly creative power.

No doubt the demand also exists for him who has no money, but his demand is a mere thing of the imagination without effect or existence for me, for a third party, for the [others], and which therefore remains even for me unreal and objectless. The difference between effective demand based on money and ineffective demand based on my need, my passion, my wish, etc., is the difference between being and thinking, between that which exists within me merely as an idea and the idea which exists as a real object outside of me.

If I have no money for travel, I have no need – that is, no real and realisable need – to travel. If I have the vocation for study but no money for it, I have no vocation for study – that is, no effective, no true vocation. On the other hand, if I have really no vocation for study but have the will and the money for it, I have an effective vocation for it. Money as the external, universal medium and faculty (not springing from man as man or from human society as society) for turning an image into reality and reality into a mere image, transforms the real essential powers of man and nature into what are merely abstract notions and therefore imperfections and tormenting chimeras, just as it transforms real imperfections and chimeras – essential powers which are really important, which exist only in the imagination of the individual – into real powers and faculties. In the light of this characteristic alone, money is thus the general distorting of individualities which turns them into their opposite and confers contradictory attributes upon their attributes.

He who can buy bravery is brave, though he be a coward. As money is not exchanged for any one specific quality, for any one specific thing, or for any particular human essential power, but for the entire objective world of man and nature, from the standpoint of its possessor it therefore serves to exchange every quality for every other, even contradictory, quality and object: it is the fraternisation of impossibilities. It makes contradictions embrace (Marx, 1844).

Analogous to Luther, Marx is not concerned primarily with capitalist greed and corruption. The problem with money is that of trying to quantify and abstract the ontological affirmation of human need and passion, and of losing its true substance in the process. Marx’s concern is thus essentially religious. “The last becomes the first”. The absence of human qualities is compensated by the illusion of being able to buy them. The cardinal sin of the market goes down to being ultimately a materialist form of selling indulgences.

On the flip side, the sin of postmodern religion is that of being only another place where commodities are produced to satisfy the demands of the market. Pastors, evangelists, administrators, theologians, faith-healers, saints and crooks, are either business entrepreneurs investing their capital for profit, or simply waged workers alienated from the object of their passion, that has once motivated them to choose a religious vocation. Every believer is born again as a consumer on the religious market. Make no mistake. Doctor Tetzel was the first Evangelical.

Time to re-nail the 95 theses. 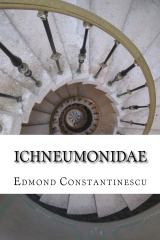 Ichneumonidae: Darwin's theological dilemma and the rethinking of creation